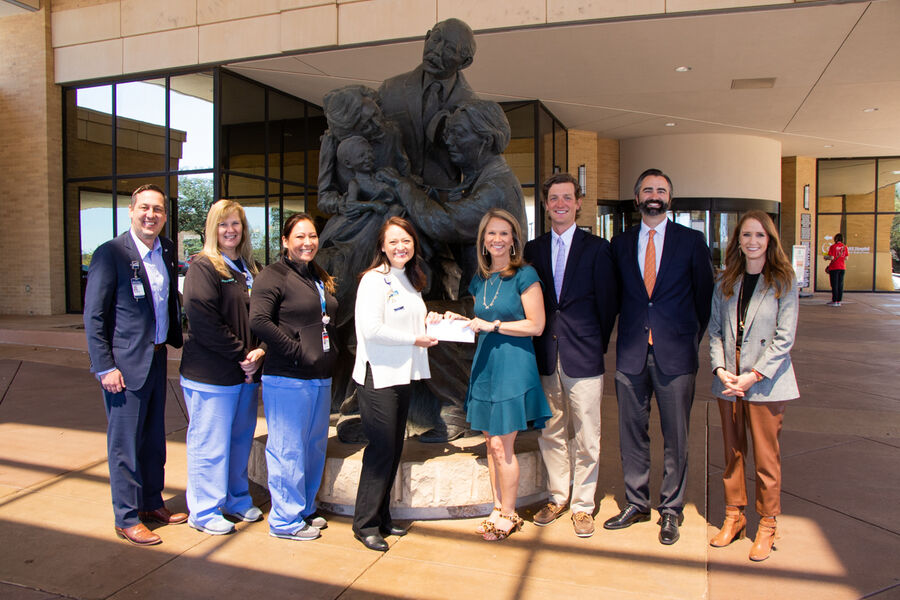 Parents with newborn babies in the Neonatal Intensive Care Unit (NICU) at Hendrick Medical Center will now be able to see and interact with their babies more frequently, thanks to proceeds from the Open Road concert series.

The Community Foundation of Abilene awarded a $50,000 grant to the Hendrick Medical Center Foundation to purchase cameras that will allow parents to see their newborns while the babies are in the NICU, which can be an emotionally strenuous time of separation.

“It’s not a normal thing to leave the hospital and not have a baby in your arms,” said Dina Perez, Market Director for Women and Children at Hendrick Health. “What a special thing for us to get to include them in that, even when they can’t be here at the bedside all of the time."

These cameras also provide an opportunity for out-of-town parents—whether on military deployment or living in another area—to see their babies while they undergo intensive care.

“It’s an opportunity for us to still be there and allow the families and extended families to be part of that immediate bonding,” said Brad Benham, Vice President of the Hendrick Medical Center Foundation.

The roughly $50k price tag for the NICU cameras may have been fortuitous, considering that was the same amount of grant dollars available from the 2021 Open Road concert series.

The concert series was established in 2017 as a way to enhance the downtown Abilene music scene and financially benefit Future Fund, CFA's membership-supported endowment fund that makes grants to nonprofits serving local children and youth. A committee of Future Fund members determines which grants to make from Open Road proceeds each year.

Learn more about the concert series at openroadabilene.com.