Donate to the Fund 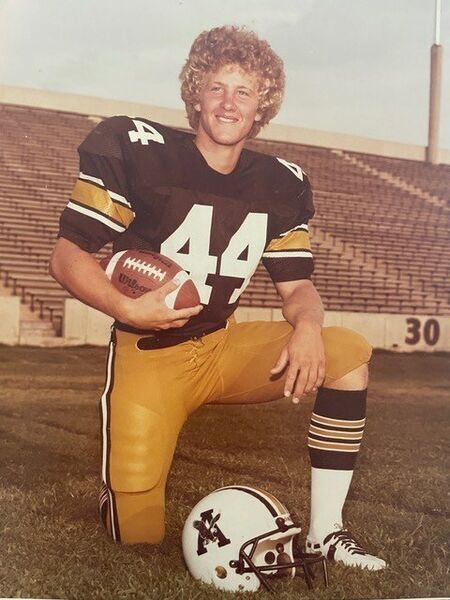 In the year 2000, Scott's family established the fund with the Community Foundation of Abilene as a way to honor Scott and inspire other Abilene High School alumni to further their education. His wife, Sarah, writes this about the scholarship:

Kemper Scott Hamilton graduated from Abilene High School in 1982. While an Eagle, Scott had many close friends and was a standout performer on the football and baseball fields. Upon graduation, Scott accepted a football scholarship to The University of Texas. While at Texas, Scott met his wife Sarah. They had two daughters, Kemper and Callen, who both followed in their parents’ footsteps to the University of Texas.

Scott passed away suddenly, and way too soon at just 32 years old, on October 13, 1996. Mark Elam, one of Scott’s coaches at Abilene High, said this of Scott: Scott was a leader. He led in so many ways and it was obvious he was comfortable in that role. His character drew others to him naturally. His fierce competitive nature was tempered with his humor and caring for others.”

Scott was a friend to all. His infectious smile was contagious. Scott enjoyed life and wanted all that surrounded him to enjoy it with him. Scott never took more than he gave and he was always willing to help - whatever the situation. He was a true friend. This scholarship honors Scott in a way that he would be proud. Scott loved Abilene High and to know that his name is helping a student athlete from his alma mater continue their education would bring a smile to his face.

Anyone can donate online to support this scholarship fund or other CFA funds. Click here to see a list of funds available for public donor support.